Currently based in Melbourne, Australia, Wayne is primarily a solo bass player, writer and producer, and has his own record label. Wayne has CD’s out and on radio in the smooth / contemporary Jazz markets in USA, Europe & more. They feature top USA players Rick Braun, Philippe Saisse and Mike MacArthur. Joining Wayne for the Australian contingent are Fallon Williams III and Ron Peers . Prior to this, for over forty years, he was a sideman in the Australian music scene, touring, sessions, etc.

JACK PANTAZIS (Guitar)
The list of artists he has worked with is too many to mention, but here is a short list of some of the few:  James Morrison, Mike Stern, The Daryl McKenzie Jazz Orchestra, Carl Risely, Rhonda Burchmall, Musicals- Lion King, Wicked, Mama Mia, Rent.

ROBYN PAYNE (Keyboards)
An accomplished multi-instrumentalist specialising in piano, keys, basses and guitars but with a natural ability to put her hand to most instruments.

A music arranger proficient in more styles of music than any musician has a right to be! Robyn has arranged and produced great sounding albums in styles ranging from orchestral to jazz, from pop to eclectic experimental music. But she does have a special flair Celtic, country, rock and adult contemporary.

List of Artists again are far to many to mention. Some Include Tommy Emanuel, Hey hey It’s Saturday, The Eurogliders.

LACHLAN DAVIDSON (Sax)
Lachlan works as a freelance musician in Melbourne in a variety of settings. He has featured with Stevie Wonder and John Farnham, played with Frank Sinatra, Ray Charles, and Maria Schneider and appeared on many CDs and on the soundtracks of many films. He featured on the film Peaches on solo clarinet, the score by David Hirschfelder. 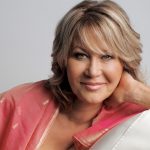 During the ‘90’s, Naomi often featured at Ronnie Scott’s Jazz Club (appearing with artists such as Arturo Sandoval, Delfeayo Marsalis, Andy Sheppard) the 606 Club and other London Jazz venues. Prior to performing in the UK and throughout Europe Naomi was a regular on shows such as Hey, Hey, It’s Saturday, The Midday Show, The Mike Walsh Show, Johno and Danno Show. With the band Supermarket, Naomi  performed frequently at The Basement and Sydney Jazz circuit.

With The Fabulous Singlettes, Naomi has toured Australia and gave numerous TV performances before going to the Edinburgh Festival, where they were named “Pick of the Fringe” by the BBC, and nominated for an Olivier Award in 1988. The Singlettes quickly became a familiar feature on the London landscape, playing for three years in various West End theatres, the Royal Albert Hall , The Palladium, Wembley Arena, appearing with Tom Jones, Dionne Warwick, Shirley Bassey, and at the Royal Variety Show.
_____________________________________________

QUOTES & REVIEWS
“Continuing to bring the thunder from Down Under on his new 5-track set MR. JONES, Australian bassist, songwriter arranger and performer Wayne Jones, a renowned session musician who launched his solo career in 2006, keeps that perfect balance between tunes that are lush, melodic and sophisticated and others that showcase his freewheeling and wildly energetic ways. Working with top genre stars like Rick Braun and Grammy-nominated keyboardist Philippe Saisse, who is featured on “5 To 6,” Jones creates a dynamic array of moods, from the bright and brassy new single “A Day at the Beach” to the strutting and funky “Get Up” and light and breezy “Sweet Melody”. Another highlight is Jones’ buoyant Latin excursion “The World Keeps Turning.” You’ll enjoy experiencing the wild, wonderful world of MR. JONES!”

For MANY more reviews visit each of Wayne’s Music pages: